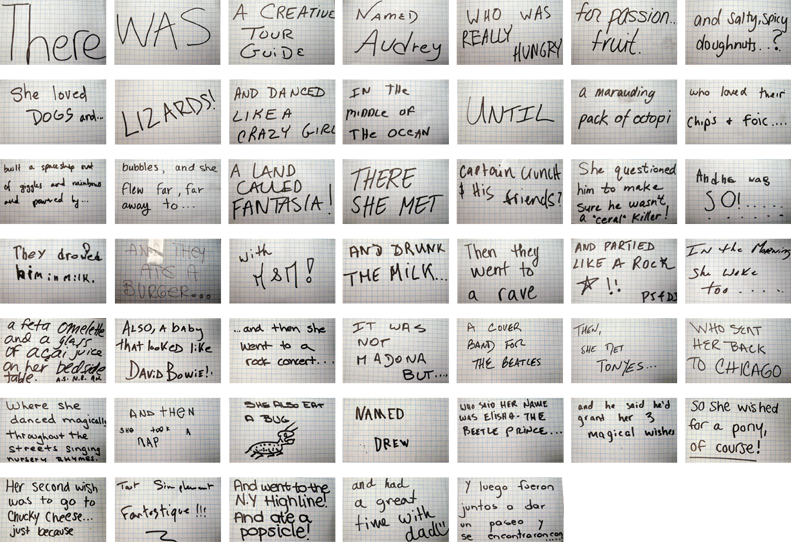 How would a story turn out if it was written by a set of random strangers? What would the plot be like, what would the tone be like, and what external factors might affect these? What are the effects of turning an activity that is typically viewed as solitary and private into one that is interactive and public? Our assignment was to connect strangers through interaction without providing oral or written instructions of what to do, while observing the behaviors of the contributors.

Transcript of Main Story:
“Once upon a time, there was a creative tour guide named Audrey who was really hungry for passion…fruit, and salty, spicy, doughnuts…? She loved dogs and…LIZARDS! And danced like a crazy girl in the middle of the ocean, until a marauding pack of octopi who loved their chips and foic….built a spaceship out of giggles and rainbows and powered by…bubbles, and she flew far, far away to…A LAND CALLED FANTASIA! There she met captain crunch & his friends? She questioned him to make sure he wasn’t a “cereal” killer! And he was…SO!…they drowned him in milk and they ate a burger…with M&M! And drunk the milk. Then they went to a rave and partied like a rock star. In the morning she woke too… a feta omelette and a glass of acai juice on her bedside table. Also, a baby that looked like David Bowie! …And then she went to a rock concert…It was not Madona but…A cover band for The Beatles. Then, she met Tonyes…Who sent her back to Chicago, Where she danced magically throughout the streets singing nursery rhymes. And then she took a nap. She also eat a bug. Named drew. Who said her name was Elisha the Beetle Prince…and he said he’d grant her 3 magical wishes. So she wished for a pony of course! Her second wish was to go to Chucky Cheese…just because. Tout simplement fantastique!!! And went to the NY Highline and ate a popsicle! And had a great time with dad :) Y luego fueron juntos a dar un paseo y se encontraron con….” 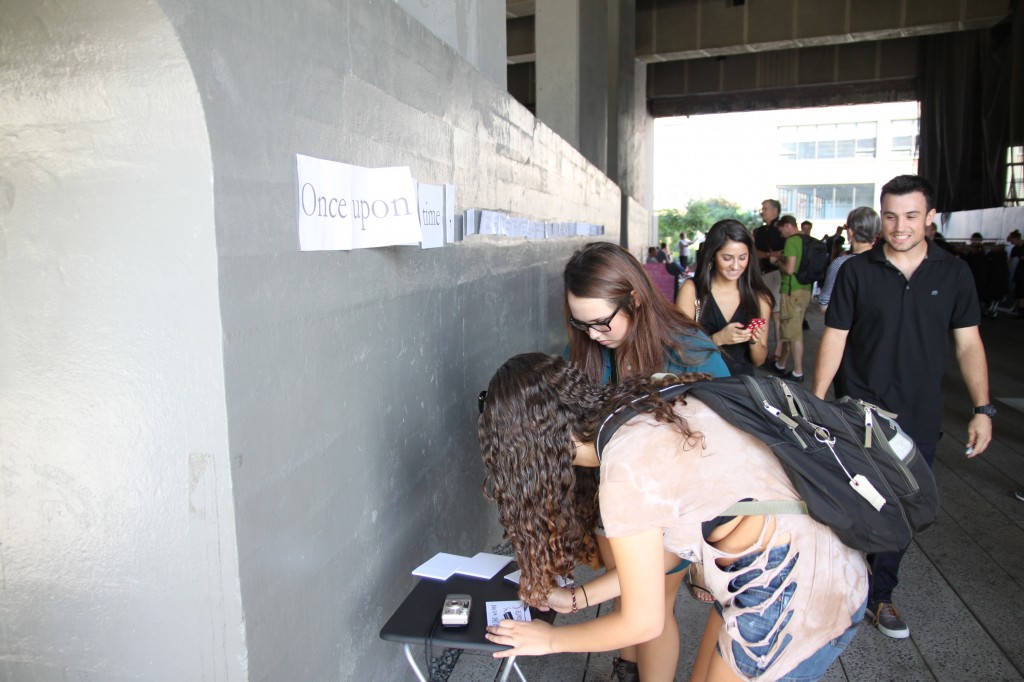 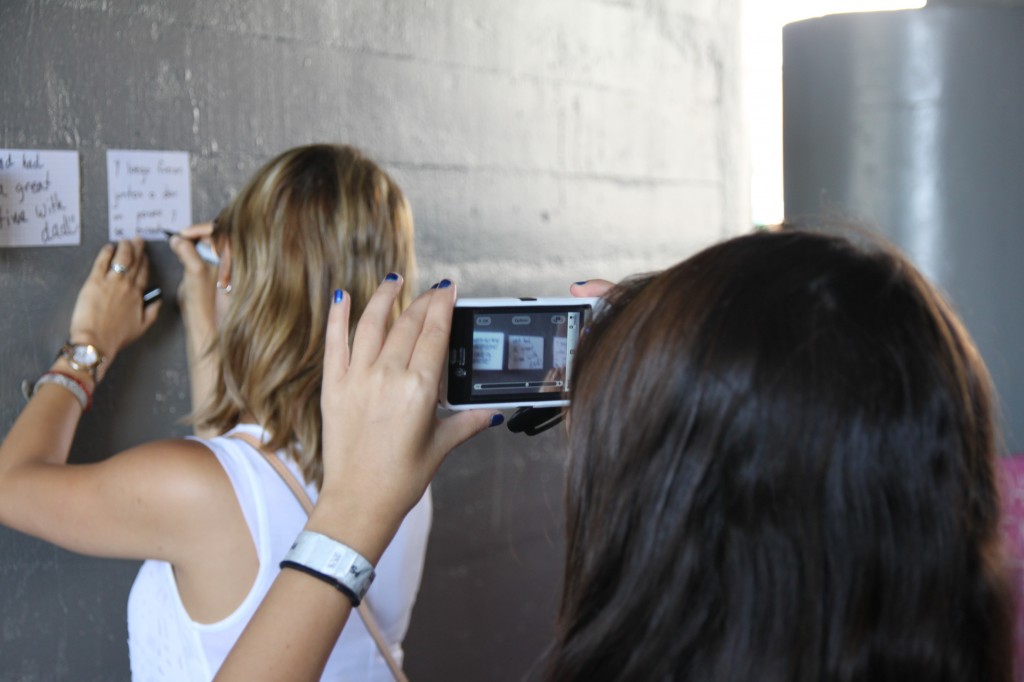 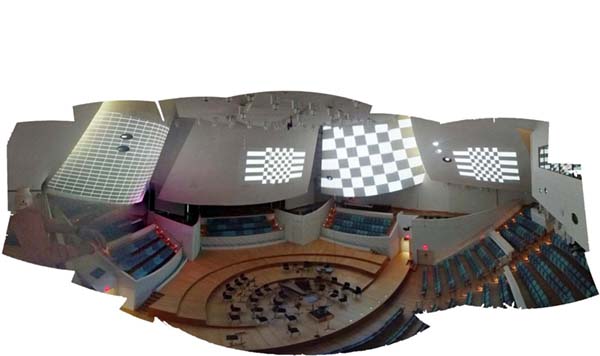